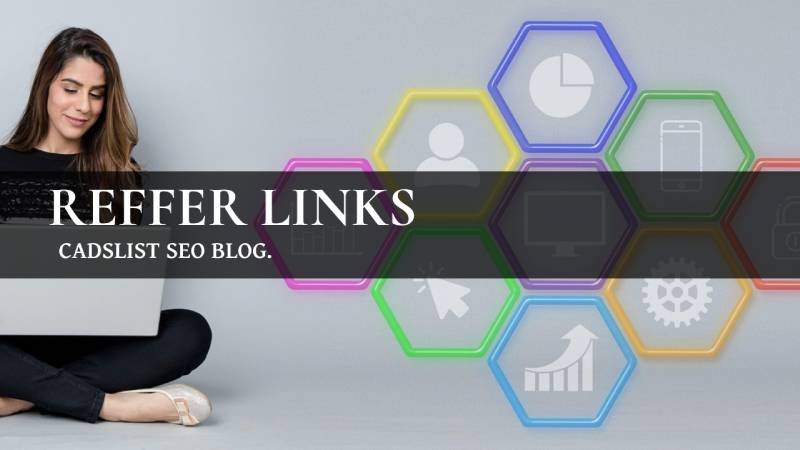 Referrer links are a little different than you are as short answers which I’m going to discuss in a little bit here. But a referrer link basically in a sense anonymize it So Ill end up being just you know something that says Hey wait for a second. You know it’s going to have a three second count down and then it’s going to redirect to a page. That sounds exactly like a redirect but it’s actually referring and usually a refer.

Most times it can do two things, it can either anonymize as a referrer and that means you know you’re not going to know as the webmaster of the Web site. Where did this traffic come from which when you refer to this in a sense of Google here’s why this is a benefit. The more traffic the Web site has obviously the more Google sees it as being beneficial towards others.

Because something is not going to be popular unless of course it has benefits materials for the people that are visiting. So when you anonymize it it’s then going to say hey we don’t know where these thing where these guys came from. You know it was an unspecified hatter or you know it was there was no header attached to it. A header is something where when you go into Google and you type in almost anything I mean anything I’ll type in you know test this.

All of a sudden up here you’re going to see search source look at all of this weird data. Then here’s where the actual query is and then this is saying the original query. A lot of these Web sites when you add these you URLs to referrer you don’t want them to know where this came from. Because you’re going to have a thousand like this and they’re usually low quality but when you anonymize the refer.

Now what you’re getting is instead of a thousand low quality visits you’re just getting a thousand average visits. Now Google’s going to say OK well we don’t know what keywords what phrases or where these people came from but we do understand that there are more people searching for you. So we’re going to give you a general boost inside of your rankings because of this boost in traffic as well. And that then is going to lead to the boost in your rankings.

So like I said they can either anonymize or they can refer and the referrer is going to anonymize will not keep data. The refer will keep the data and they’ll say hey it came from here. So oftentimes when a referral keeps the data they’re not low quality they’re already average. But when you talk about an anonymizer they’re usually low quality and because they’re anonymized they become average again.

So therefore most things that you’re going to build from refer Web sites are going to be average ranked or average quality or juice. There are going to be lower quality ones naturally but usually the frame of reference is average. That doesn’t mean that it’s not going to build your rankings fast it’s just going to mean it’s something that you do in addition to your other backlink building methods.

There’s a lot of referrers I’m just going to go to this list real quick and kind of show you all of them. The main ones are Plesk Drupal A.W. stats an analog but you also have and that’s inside of my software. When you get software is there purely dedicated to rivers. There are probably about a thousand or 2000 different Web sites.

Pingback Links- The Ultimate Source to Increase Your Blog Traffic